This drawing has ended & the winner has already replied.

Taken
Book 1 in The Quest for Truth series
By Brock Eastman
ISBN: 978-1596382459
$11.39 Paperback and $6.99 Kindle
Middle Grade Fiction ages 11+
About the Book:
Join the Wikk siblings as they race through space to save their parents who have been kidnapped by the sinister Captain Vedrik. Their only hope is their parents Archeos e-journal which contains clues that point the kids to their parents next mission - an archeological dig to find remnants of an ancient human civilization. They must rely on Oliver's academy training to fly their ship but problems arise when twins Mason & Austin unexpectedly meet a secret race of people called the Blue People.

The Quest for Truth series follows the 4 Wikk kids in their desperate race to find the mysterious planet Ursprung and stop the ubel renegades from misusing it's long-lost secrets. Ancient cities, treacherous villains, high-tech gadgets, the Phoenix-encounter all these and more on this futuristic, interplanetary adventure.

My Thoughts:
Taken is a fast moving, action packed adventure for Oliver (age 17), Tiffany (age 15) and twins Mason and Austin (age 11). Their mission? To solve the mystery of WHY their parents were captured and to save them from Aliens from Ubel.

This book opens up with Oliver overhearing and almost walking in on the bad guys (the Aliens from Uber) confronting his parents after they were grabbed. He escapes and runs back to the (their family’s spaceship) which has already been packed for a year long expedition and where his brothers and sister who are waiting to leave with their parents. From here the story takes off – there is a wild chase through canyons and out a waterfall, a inter-galactic jump into space and when they arrive at their first stop (mentioned in their mothers journal) the kids split up. Oliver & Tiffany head off to find parts for the ship after leaving Mason and Austin strict instructions that they were NOT to leave the ship. Guess what? They leave the ship and head off on an adventure of their own (I would of LOVED to go on this adventure – it’s complete with a awesome water park, castles, blue people and more).

I’m not going to tell you any more. This book was wonderful I am definitely looking forward to reading the rest of the series. I liked all of the kids in the book – they aren’t bratty, very whiny or potty mouthed. It was so nice to read a book that is very well written and thoroughly planned with all of the I’s dotted and T’s crossed. I didn’t realize when I started reading it that it was going to be part of a series and it wasn’t until I had about 50 pages to go that I figured out they weren’t going to solve the mystery and find their parents by the last page. However I left feeling like the story in this book was completely finished.

Written by Brock Eastman who is part of the Adventures in Odyssey team and published by Focus on the Family. Book 2 (Risk) in The Quest for Truth series coming in MAY! Just in time for the Summer Book Club right HERE on Classic Children's Books!


WIN It!
This giveaway has already ended the winner has received their copy. Thanks!
Posted by Unknown at 7:00 AM 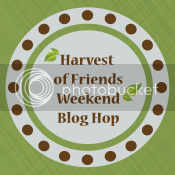 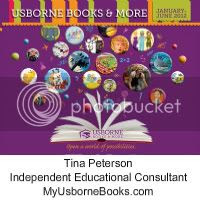 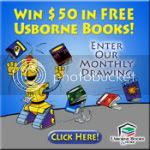